Sandbox Interactive showed infographics with interesting statistics of closed beta testing Albion Online. It was attended by more than 210 thousand people from 164 countries, who spent more than 2.8 million hours in the game. Data were collected from the time of the release of the Galahad update, March 13, to April 9.

Among other figures: 178 thousand buildings were erected, 13.1 million carrots were harvested. From the tragic aspects: in PvP killed 124 thousand players. Even rabbits did not regret: 850 thousand poor creatures were killed. The genocide is straightforward. Find the rest you can on the infographics below. 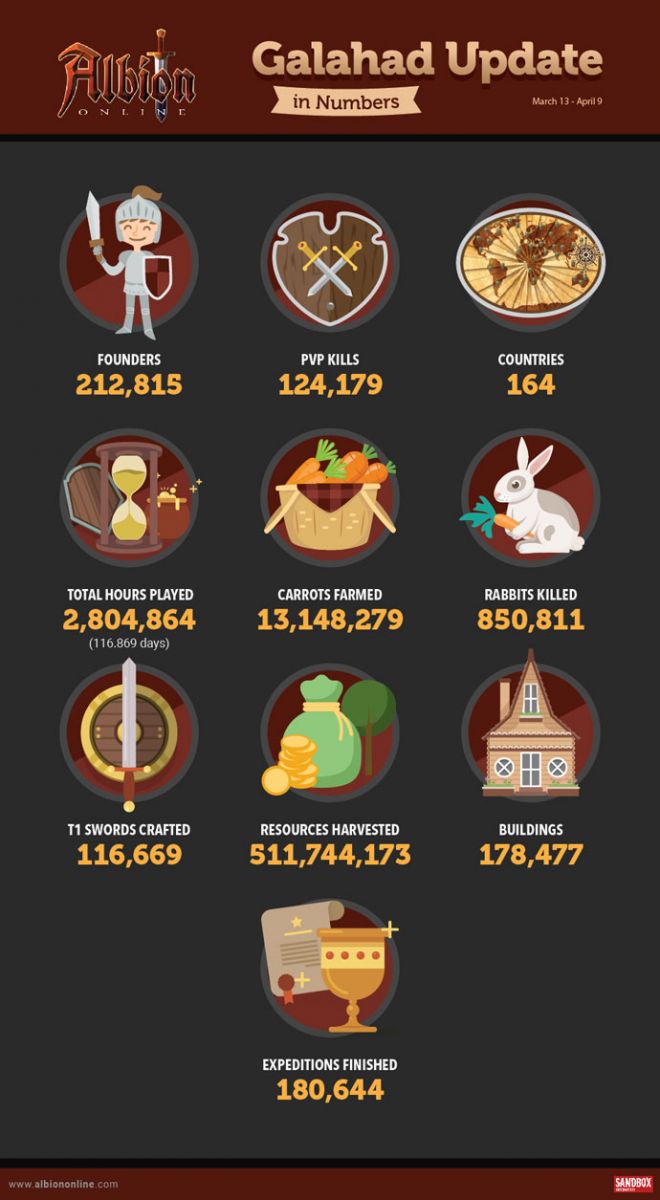 For more information on the Galahad update, head on over to UPAlbion. It sells cheap albion online gold. If you buy here, you will get fast delivery and best service.