Prepare to Rock the Nightmare! In the November 12 Guild Wars 2 release The Nightmares Within, you’ll storm the sinister fortress of the Toxic Alliance and face your fears!

Few things are as “metal” as a sorcerous tower full of evil, so to commemorate The Nightmares Within release, we’re hosting a heavy metal music video contest from November 5 through November 26.

The Rock the Nightmare Music Video Contest runs from November 5 through November 26, so don’t delay – get rocking today!

Enter the Tower of Nightmares
The dark tower in Kessex Hills has been breached! Now is the time to storm the tower and begin setting things to rights. Within the morbid stronghold of the Toxic Alliance, you’ll find new dangers, new challenges, and come face-to-face with terror incarnate.

Events
ROCK THE NIGHTMARE
Create your own Guild Wars 2 music video using our all-new “The Nightmares Within” song. The most creative video creators will win SteelSeries gaming gear, and the grand prize winner will receive a unique custom Guild Wars 2 guitar from Sygnus Guitars – there isn’t another one like it on Earth or Tyria!

LINGERING POISON
You may have found a way into the Toxic Alliance’s inner sanctum, but this has by no means curtailed their nefarious activities! Kessex Hills and the surrounding countryside are still befouled by the alliance’s evil presence!

FACE THE NIGHTMARES WITHIN
Enter rooms within the Tower of Nightmares to brave special encounters—but beware! Things are not all as they seem. You can never know what awaits you within these dark rooms. Will you find yourself face-to-face with Scarlet’s agents, or a much more insidious enemy? It’ll take strength, determination, and a cool head to survive the trials that await you.

THE END OF NIGHTMARES?
Marjory Delaqua has developed a special antitoxin to put an end to the deadly plant at the heart of the tower, but the first team dispatched to inject it never returned… Fight your way to the upper chamber in a last-ditch battle to destroy the toxic menace! 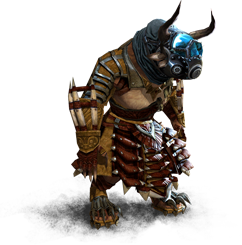 Antitoxic Fashion
Complete the meta achievement for The Nightmares Within to unlock a special Gasmask Skin! As the latest design in air purification and toxin prevention, the Gasmask is a universal skin that can be applied to any piece of head armor.

Exclusive New Looks
Complete your wardrobe with an Air Filtration Device—a dry-land version of the starter aquatic helm—or the Toxic Spore back item!

Brand-New Minis!
Two new Toxic Krait miniatures are on the loose! You have a chance to pick up one from Toxic Alliance foes you destroy, and the other can be earned by killing a very special enemy, hidden deep in the heart of the Tower of Nightmares.

Tri-Key Chest
The Tri-Key Chest holds a chance for special treasures. Collect the three keys to open it from foes within the tower, or barter for them with Marjory’s Helper, Dee. Open the chest to see what lies inside!